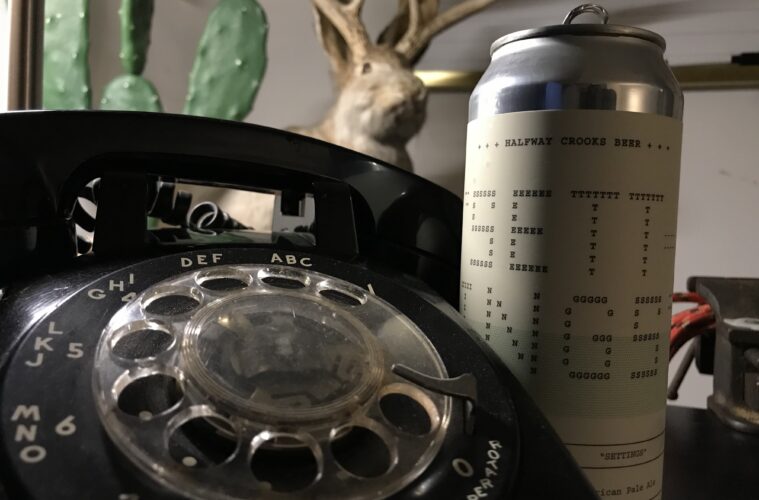 Halfway Crooks?  More like halfway crocked.  At least on my end.

It’s been less than two hours since we ended Frolfcenter episode 6 with Matt Versola, and boy, let me tell you:  Oof.  That felt like a heavy one.  We got pretty deep into some strange subjects, and brought home a few of those magic punchlines that would make even the Coen Brothers blush.

I had a few beers during the show, I’ll admit it.  It made the strange technical difficulties toward the end feel all the more awkward, let me tell ya.

And so then came dinner, in an effort to soak up some of the conversational lubricant from the two previous hours.  Seared-then-roasted chicken thighs, braised zucchini, and cheesy grits.  I may be a damn yankee by birth, but I am not dumb.

At this point, after being so wonderfully fed, I should be working.  Not on Frolfcenter or anything nearly as fun, but regular work.  I hesitate to call it real work because there isn’t a whole lot of love behind it.  Rather, it is just a thing that I am good at and that I allow to interrupt the good stuff long enough to be worth my theoretical paper points.

But I digress.  As I usually do.

The point here is to tell you about the imbiber-y that I indulged in during the episode, not the professional-level procrastination that I’m indulging in.

The beer is called Settings, and it’s made by Halfway Crooks right here in Atlanta, GA.  They’re local local, and don’t see a whole lot of play out in the suburbs as of right now.  Once our world gets back to whatever normal is 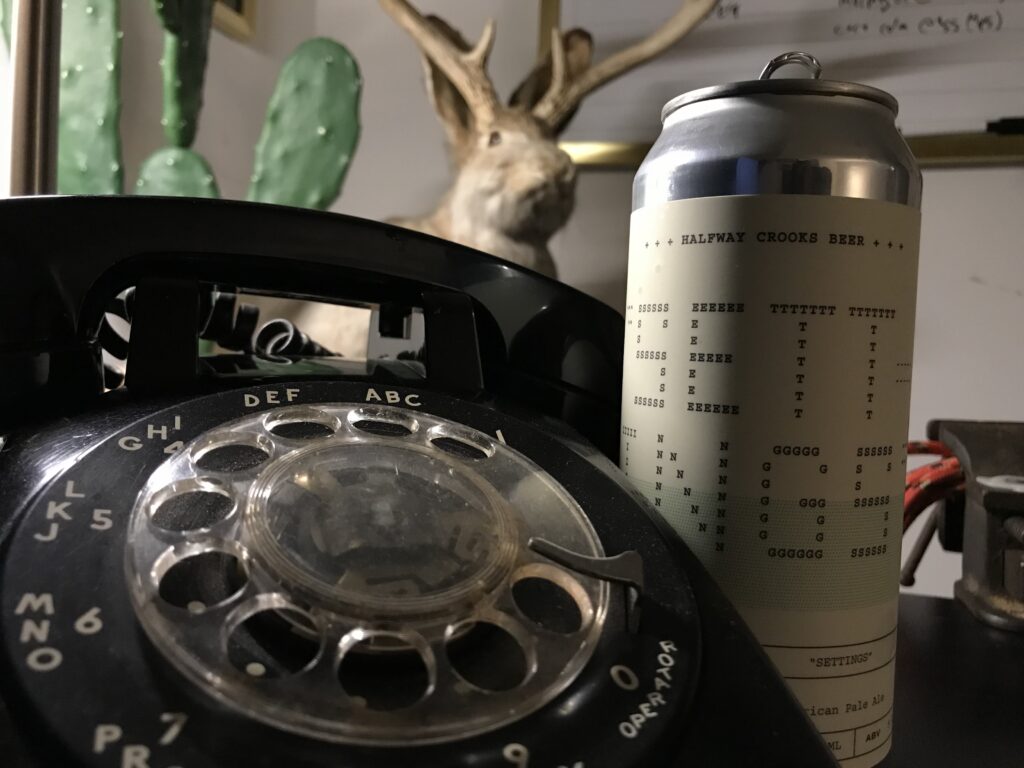 going to look like in the future, their bar is worth a visit, but for someone who lives just a few mile down the street, their to-go operation is top notch.  Safe, swift, sanitary.  All that good stuff.

Then, predictably, the beer is fantastic.

These guys aren’t going to scorch your tongue with hops, and they most certainly don’t seem primed on the idea of trying to guess what the next hype-beast milkshake IPA infusion is going to be.  Halfway Crooks makes smooth beer as a specialty.  Easy drinking to the point that pops will guzzle one with you, but complex enough to send the beer nerds in your circle of friends into some masturbatory spiel about how learning how to do decoction mashing on your turkey burner home-brew setup is really the way to go.

Settings is an exemplary example of this ethos, if’n you don’t mind a bit of redundancy.

The first thing that really catches your palette is a strange salinity, almost as if the water has been disguised, pre-brewing, to resemble the aquifer-ous characteristics of some famous malt-tropolis in the old world.  And this is important.  Tasting beer is an experience in which the reaction of your tongue to the product is everything.

So when you have a clean, zesty water – something with some minerality – everything else about the beer changes.

Water is the terroir of beer.  Just sayin’.

So here I am, trying to explain just how proper the stone-y, musty notes of these hops are.  They are nuanced at first, rolling into a brighter flavor the longer it lingers.  That bitterness crescendos in a lemony sweetness, a bit like a a citrus-tinged icing.

What you’re left with after the hops pop off is a light, fizzy dryness, which is something that I enjoy in a beer more often than not.

The malt character is there, but light.  Almost watery.  The predominate flavor is more nutty than roasty, and, again, there is such a serious, earthy tone to the whole thing.  Very much a mineral-water-adjacent flavor.

Settings straddles a line that many brewers won’t, and it’s the line between style and substance.  This is not a beer that is going to blow a serious hop head out of the water, but it was never meant to.  What you get here is the thing that you’re going to reach for when you’re looking for balance.

Think of it as the ultimate expression of what Fat Tire is going for, or the La Croix version of Burial’s Surf Wax.

It’s very much the zero cal Surf Wax.  Maybe that’s why I like it so much.

In any case, Halfway Crooks is only three miles northeast of Perkerson Park, (Atlanta proper’s most sacred course), and isn’t really to be missed.

P.S.:  For anyone who doesn’t get the reference…