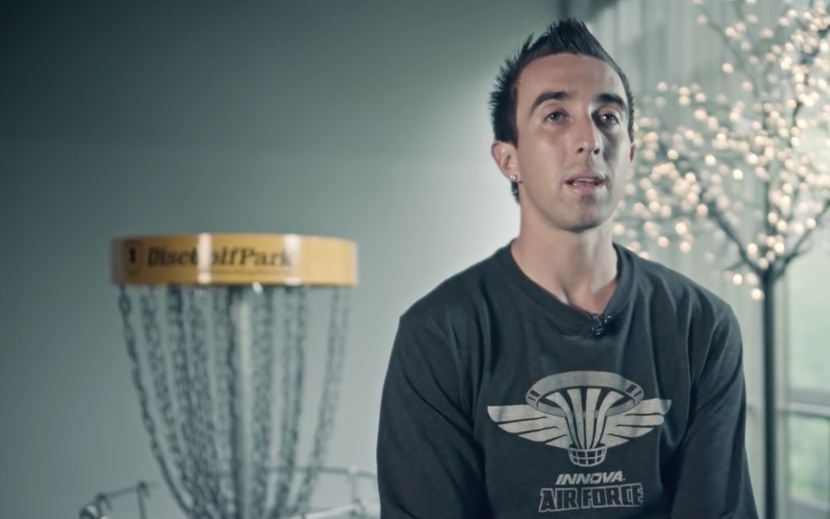 What Happens If Paul McBeth Leaves Innova in 2019?

Decision day is coming for a great many of the companies within our beloved sport, as evidenced by latest news out of Camp Lizotte.

Today it was announced that sky-hyzer, circus-shot loving Simon Lizotte has taken a 5 year contractual extension with Discmania.

As the professional disc golf season begins to wind down, we are already putting our focus on the future. Today, Discmania is excited to announce we have signed Simon Lizotte to a five-year contract extension. The five-year contract is virtually unheard of when it comes to the disc golf’s elite.

“This agreement is awesome news to Discmania, but especially to all the fans,” Discmania CEO Jussi Meresmaa says. “With this long extension we are able to build an even stronger relationship and bring more Simon to you."

Lizotte says he’s excited after the new contract, “It’s a huge decision, but it wasn’t a difficult decision for me. Discmania is where I belong. I belong to that family. When you found the right place, there is no reason to think about anything different.”

This didn't seem out of the ordinary on its face, but the major announcement status certainly alerted us to the changing world of frolf, where the big-time money behind the sport will begin to, hopefully, trickle down to the players.  Otherwise, why run the extension story as a press release and lend an air of such corporate professionalism?

This got us to thinking:  What would happen if Paul McBeth suddenly left Innova in a contractual dispute?

We all know the story of Paul's drama with Adidas, where he or his personal team pressed the shoe maker for a more secure, "adult" contract.  They refused, keeping McBeth an essentially "amateur" endorsement even though he's likely the Michael Jordan of our sport's world.

Then, to add insult to injury, Innova and Adidas announced a partnership for the entire team.

What this tells us is that McBeth's people smell blood in the water, and they know that he has the potential to be a divisive figure in the annals of disc golf's economic future.

So here's a hypothetical:  What happens if someone like, let's say Discraft, offers Paul McBeth $1 million to make the switch.  Sure that sounds a little outrageous for throwing frisbees, but think about how much money the average frolfer spends on plastic, the PDGA, tournaments, bags, clinics, shoes, and accessories.  Now remember that there are well over 100,000 of us who have dedicated time to playing the sport at a semi-professional level.

That's a lot of clams.

So there's undoubtedly $1 million floating around in disc golf for just such a move; we just have to think about the leverage of P. McB in such a wild transaction.

Here's my guess for how a hypothetical seismic shift could occur:  Discraft drops a million bucks on the table in front of McBeth.  McBeth goes back to Innova with that offer, (as we know that he and his people are negotiators from the Adidas kerfuffle).  Innova scoffs at it, thinking Discraft is bluffing, and their bean counters stay late for a night or two trying to figure out if Discraft could even make such an offer.  After all, if anyone has the scope to see the industry's true size, it would be the accountants at Innova.

And, when Innova convinces themselves that Discraft is simply part of Paul's negotiating tactic, and not willing to spend $1 million, Discraft drops the hammer and the ripples are felt throughout the sport.

On the brights side, your 4x Destroyers are worth a whole lot more than they used to be, and flat top McPro Buzzes are raining down all over your local course.

Is Innova's relationship with McBeth strained after the Adidas deal?  Who knows, but McBeth ins't a dummy, and he doesn't want to be a broke frisbee player all of this life either.

Again, this is all hypothetical, and McBeth is an enormous asset for Innova...but I wouldn't be surprised to see some moves in the offseason that put Lizotte's 5-year deal to shame.