While “dread” may be too strong a word, it is perhaps the only descriptor that truly expresses what I’m feeling as I both begin to formulate some sort of opinion on this experiment, and as I prepare to strap back into the IDIO Syncrasy disc golf shoe for the 11th time.

And one of the most prominent fears I have is that this whole experiment was a boondoggle, (maybe with ostensibly good intentions and maybe not), that will set the development of a quality, disc-golf-specific shoe back another several years or so. If the Idio Syncrasy is what I think it to be after ten rounds, then there are plenty of dreamers out there who may be getting cold feet…no pun intended.

On paper, (and in the myriad of advertisements scattered throughout social media, the Disc Golf Network, et al), these shoes are built for disc golf.  The tread pattern is completely acceptable and functional, albeit a bit bland in its design.  The toe cap is sleek, necessary, and appears to be well made.  Personally, I’m a huge fan of that gel-like layer of soft foam that sits in between the tread and my foot, (a la the ASICS Gel Lyte MT:  My favorite disc golf shoe of all time).

But that’s just about where I am able to personally draw a literal and figurative line between the good, and the bad & ugly.

Ironically, the box was not good, not bad, and not ugly.

The sneaker’s shape and aesthetics exude the sort of late 90’s aura that I had hoped to avoid for the rest of my life, after dealing with the universal soft-trauma of being a high school student during that cargo-pant heavy era of cultural history.

Honestly, my first impression was that these look like a bowling shoe designed by a Limp Bizkit fan.  Or some Static-X signature Skecher.  They look like the nu-metal equivalent of the Nike Air Monarch. 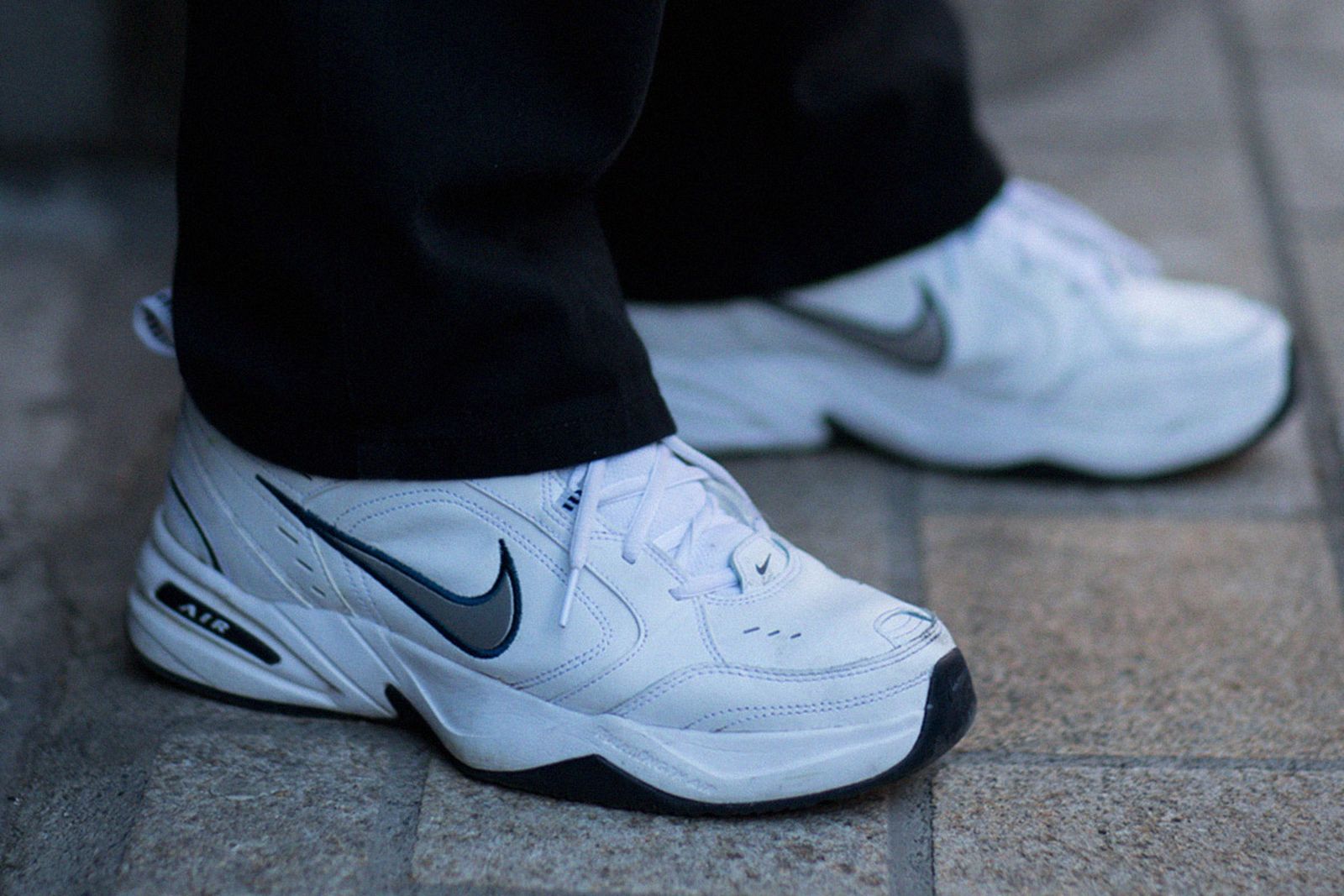 They reminded me of SOAP Shoes – perhaps one of the strangest cultural fashion inventions of all time.

One of the first things I noticed during the unboxing of these $130 sneakers is how light they were.  They felt a bit airy, but not terribly well balanced – both literally and in terms of durability.  Maybe it’s the armored toecap combined with the fairly pedestrian materials chosen for the upper, but it felt as though you were buying the tread and toe cap and getting the top for free.

And then I began to notice the strange glue issues within the “X-Flex” region, where the foam-like upper sole seemed to be ill-fitting to the slim, flexing pockets.  One was crooked and protruding with glue everywhere, while the other didn’t appear to be lined up properly at all. The “X-Flex” region looks like a Beverly Hills B-lister who’s behind on their botox subscription plan.

The sloppy glue issues continued to the upper regions of the sneaker as well. They’re just throwing away glue at this point.

And don’t get me started on the “Drag-On” play on words.  This is a company who had no problem referring to their customers as “IDIOts” in a recent ad blitz. I get it.  I understand the joke.  But no.  Stop it.

On the feet, the Syncrasy has a rather firm grip on your heel.  As you slide into the shoe, the rear panel slopes away from your foot to the back of the shoe, almost popping your heel into place.  The PVC-ish material here is non-porous, and the fit is snug enough for a small woosh of air to come shooting up the back of your leg.

As we move from the stern to the bow of the shoe, however, this somewhat surprising athleticism and precision begins to dissipate.  From the sneaker’s narrowest point to the toe, the IDIO Syncrasy flares wildly.  (The company has used this as a selling point, however, suggesting vaguely that this is an important feature.  We’ll talk about that in a later installment…trust me).

The shoe provides moderate to weak arch support, and this coming from someone with long, flat-ish feet, that were mangled nonstop in ski and snowboard boots during the years from 1990 to 2002.

The laces are aesthetically rather nice, but slick and thin.  They don’t quite have the girth to gain anything from the eyelets in terms of friction, and it makes me wonder how often I’ll be retying them on the course.

All in all, my first impressions can be distilled into a few key points: