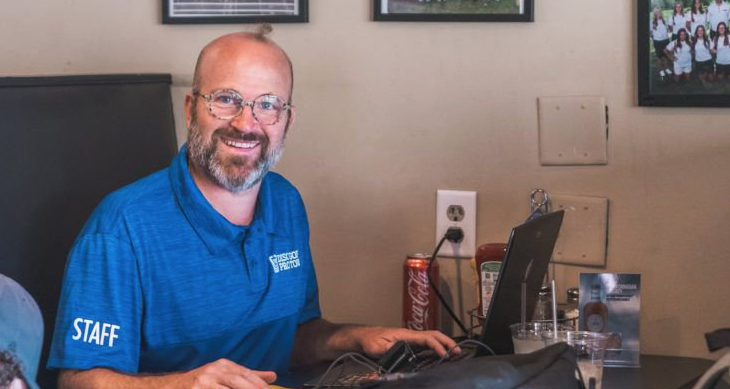 The DGPT’s Disastrous Livestream Debacle is Far From Over

Boy, oh boy; what a weekend we have had in the disc golf world.

For those of you not aware of the controversy, Steve Dodge’s decision to bring the Disc Golf Pro Tour video coverage in-house for 2019 was a controversial one from the start.

Long before we were treated to the frustratingly amateur aesthetics of wrinkled bedsheets and $25 USB microphones, the Disc Golf Pro Tour had set themselves up for failure.  Their unwillingness to recognize the value in established media houses such as Jomez Productions and Central Coast Disc Golf had essentially painted a target on their backs within the always passionate disc golf community. 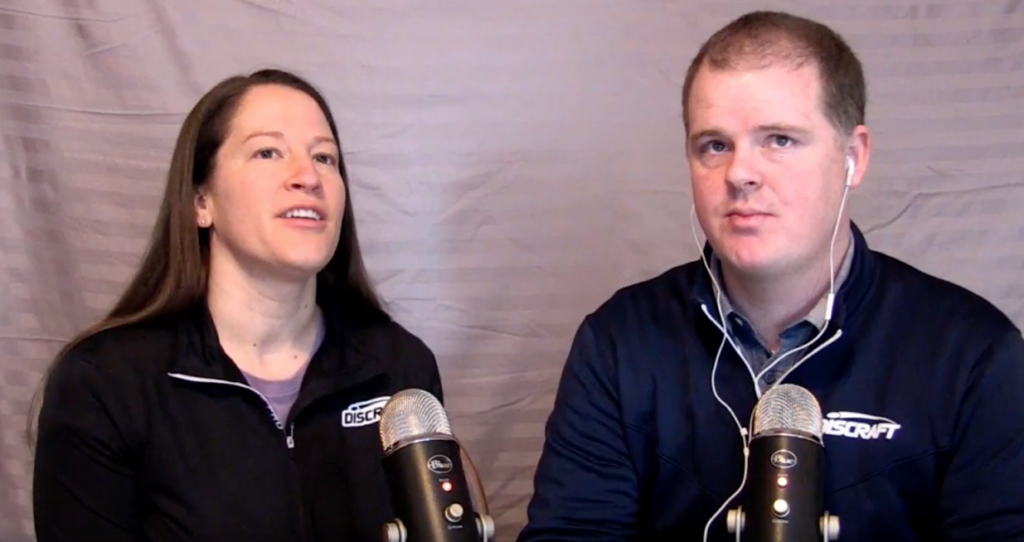 Not a good look, DGPT.

This was no secret, either, and that’s important.  Steve Dodge and the Disc Golf Pro Tour crew undeniably understood just how important it was to get this right.

And they most certainly did not get it right.  At least not on Thursday.

They made improvements throughout the weekend, sure, but that is likely the nicest thing that many of us could find to say about the coverage.

It was as if commentators Nate Doss and Valarie Jenkins were rescued from a sinking ship only to find themselves caught in an avalanche of disappointed and dismayed social media users.

@thediscgolfguy @JomezPro @CCoastDiscGolf Are you guys watching the live coverage? Its unwatchable. Steve dodge has a lot of explaining to do. What a collasal failure for DGPT @DiscGolfProTour. I especially like the wrinkly bedsheet as the backdrop for nate and val.

@DiscGolfProTour with all respect, please team up with @JomezPro on future tour broadcasts. They got you to where you are, they are the best, they deserve to produce your content. #discgolf #jomezpro #discgolfprotour

I stumbled across Steve’s review of the bed sheets used for the DGPT… not a good look..
.
.
.#discgolf #discgolfprotour #dgpt #memorialchampionship #thediscgolfpodcast #podcast https://t.co/IGANq4oisD

Of course, our personal favorite has to be this Downfall-based adaptation of the clusterf**k that eloquently and hilariously boiled it all down.

“A swirly one” kills me.  Every time.

Of course, I would be remiss as an observational writer if I didn’t remark on the resemblance between Das Fuhrer and Steve Dodge, both looking a bit like fleshy potatoes who made bad hair decisions.

Parallels to The Perils of Nagano ’98

While disc golf may still be an ostensibly “fringe” sport, (that is most certainly heading ever-swifter toward the mainstream…for better or worse), that doesn’t mean that we can’t find parallels to Steve Dodge’s culture-grabbing gamble on some of the world’s largest stages.

For instance, there was the calamitous inclusion of snowboarding in the 1998 Winter Olympics.

In the case of the winter games two decades ago, the International Olympic Committee was facing a terrifying financial reality.  The summer games had always been profitable and well-watched, but their chilly brethren were on thin ice, economically, (pun fully intended).  In order to make a rebound, the 1998 Nagano Olympics were the first to include snowboarding halfpipe, which, at the time was still very much a counter-culture art form whose contests were judged in far more lax and style-heavy parameters than figure skating or even aerial skiing.

Advertisers were salivating, but snowboarders were foaming at the mouth.

The snowboarding world had long sniffed out the impure motivations of the IOC thanks in no small part to their shared heritage with the ever-skeptical world of skateboarding.

Then, when the Olympic bigwigs hired a ski racing organization to run the entire kit and caboodle, it was as though the IOC had thrown kerosene on the proverbial fire.

Not only did snowboarding as a whole revolt, the world’s most talented riders simply refused to participate.  This caused more than a few of those who did attend to proclaim that the contest was nothing more than a mis-judged exhibition to see who was the 3rd, or maybe 4th-best halfpipe snowboarder in the world.

Here in disc golf-land, we have Steve Dodge to stand in the place of the International Olympic Committee.

While the DGPT is far from bankruptcy, (we think), there is little doubt that the decision to move the tour coverage in-house was entirely motivated by the revenue generated through YouTube video monetization.

That is just f**king lame.

Furthermore, the move alienated and angered a great many disc golfers, whose passion, like that of the late 90’s snowboarders, is far more valuable than any sort of internet cash-grab.

Steve Dodge’s decision had inexorably damaged the quality of the contest, and exposed the disc golf world to the evils of money-centric culture co-ops long before anyone even teed off last week, but we now have the catastrophic coverage from this weekend to contend with as well.

Simply put; if Steve Dodge hadn’t already irked you, he likely has now.

As the weekend rolled on, there is no doubt that the Disc Golf Pro Tour coverage improved.  Sunday’s camerawork and commentary booth decorations were orders of magnitude more professional than they were on Thursday, but they still weren’t what we expected, deserved, or could have had.

More egregious still is the lingering feeling that Steve Dodge and crew didn’t test their mettle until going live on Thursday for their Female Pro Open coverage, relegating these professional disc golfers to guinea pig status, all for the sake of stealing YouTube traffic from Jomez and Central Coast.

If this any indication of the value or respect that the DGPT assigns to women’s disc golf, there is plenty more controversy to come in 2019.

Disc golf’s popularity is boiling over.  We are on the precipice of a massive rise in exposure, as evidenced not only by the unprecedented amount of amateur players and our sport’s first million dollar contract, but also the unexpected and inordinate amount of time that we’ve been featured on mainstream outlets such as ESPN.

Mind you, these tidbits of coverage on Sportscenter have all been delivered tongue-in-cheek and with unmistakably sardonic wit by the hosts, often accompanied by the cynical tagline “America’s game”.  Even Paul McBeths’ perfect round coverage, complete with a heavy dose of Shakespearan soliloquy, carried with it the uncomfortable feeling that disc golf was still in the fishbowl, being ogled at by the mainstream masses.

Just listen to the subtle pause at 0:27, meant to be a bit of dry humor, wondering aloud if they are even called “holes” in disc golf.

Don’t get me wrong, the exposure is fantastic, but we’re likely a little punch drunk when we refuse to recognize these purposeful changes in cadence and tone for what they are:  Jokes with levels of nuance usually reserved for dialogue written by Larry David.

Where ESPN sees disc golf as “America’s game” sarcastically, we see it as “Americas’ game” in a potential future reality.  Therein lies the hope for the next step in our beloved game’s evolution.

This weekend was supposed to be the first step toward turning the tide of this outsider-looking-in perspective, finally providing the nation with live coverage of a big-time tournament, with a huge purse and huge names, culminating on a Sunday.  (This is important for the viewership metrics, of course, as sports of all stripes tend to showcase their biggest and brightest on the sabbath).

Instead, what we were given was a half-baked pie.  A pudgy and doughy slice of lukewarm pizza.  A watered-down drink.  A melted snow cone.

For us, the already impassioned masses, these lackluster indulgences will certainly provide some sustenance, but only because we are hungry for the sport already.

The rest of the world, however, is scoffing and guffawing at us, sidelining their expectations for disc golf’s potential thanks to the hostage situation broadcast poorly and haphazardly by Steve Dodge.

One can only hope that we can recover.  And quickly.