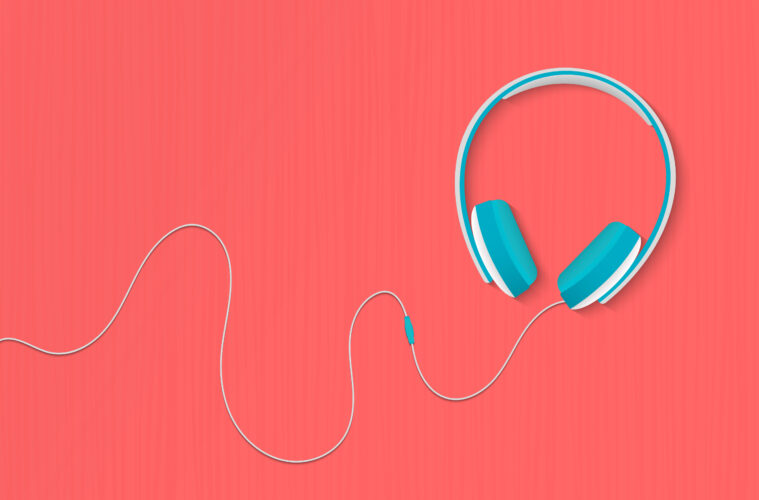 MENTAL GAME: Why Some of Us Add Extra Noise to Our Rounds

I’m going to admit it, here in the wide open, and without reserve:  I don’t get the headphones thing.

First and foremost, I’m one of those people who would be easily distracted by the literal, physical reality of this.  Earbuds don’t work well for me, (they just never seem to by fit symmetrically, and that triggers some sort of innate OCD that I never would have known about otherwise), and over-the-ear cans are going to last about 6 drives before they take grave damage flying off of my head.

And, even if these devices actually worked for me, I still don’t really get it.

In this game of disc golf, there are a few types of folks when it comes to how noise affects their game:

1:  The Shut The Fuck Up Everyone Please

This is is the player who cannot, for the life of them, concentrate should the wrong bird chirp at the wrong time, or if some random Brodie-Bro from three fairways away starts coughing.  They huff and restart their pre-throw routine after whatever the last word you just whispered was, sometimes with that catty little glance down and to the side, as if they realize that you’ll notice them noticing and suddenly change several years’ worth of bad habits.

2:  The Only Sudden Movements or Noises Bother Me

This is the middle.  The centrist.  This is the porridge that Goldilocks finally slurped on with ease. These are your easiest-to-please card mates, and the folks who are often the most routine-driven.  These folks don’t mind you freezing in place when you know that they have some work to do on the green, and they don’t mind letting you know if you need to move.  They are the golden standard when it comes to what sort of etiquette they require, and, as such, they represent the neutral middle of this wild mind game we’re talking about here.

3:  The You Can Literally Throw Stuff at Me While I’m Putting…Don’t Care…K. Thx. Bye

This is the guy who says “Nah, I’ll tell you to move if you’re a problem”, and “no, bruh, that one’s on me”.  They’re the ones that the entire card is always apologizing to, because they aren’t waiting for peace and quiet before committing some plastic to flight.  It wouldn’t have bothered them anyway.  In fact, for some of these folks, a little ambient noise and motion suits them just fine.  For them, the silence is the outlier.

And this is where the headphones situation is a little tricky to understand.

Player “#1”, as described above is definitely not listening to anything while they’re playing.  They are far too bristled and sensitive and focused to take on the emotional responsibility of music during disc golf.  These are the players whose pre-shot routines are so intricate that they’ll be searching through Spotify before every putt outside the circle to get the soundtrack just right, not unlike X Games athletes who dial in an artist and a song before their slopestyle and halfpipe runs.

To be fair, picking one song per putt is a waste, unless you’re Nikko Locastro and you get to hear, like, a chorus and two verses per attempt.

Player “#2” could be a headphones-friendly player, sure, but they’re just as likely to be listening to a ballgame as they are to music.  This is the kind of player who plays better by themselves, and would like to have a little escape pod shoved in their ear, ready to go for when their card mates get off one some weird tangent that they just don’t need to think about during a round.

Where it gets really interesting is Player “#3”.  You see, this is the player whose whole ethos boils down to “disc golf is just one ornament on the tree of me”.  My style, my game, and my taste are all inherently imbued into my disc golf persona, and I radiate it all, both inward and outward during every round.  I’m listening to music, and you will see me move to it and groove to it, and you might even catch me mouthing or humming along.

The music here isn’t an escape, as it was for previous examples.  Rather, the music is the hype man.  You relate to it and you enjoy it, so having it along for the ride is a bit like having a very in-tune-with-you caddy who speaks in poetic, lyrical, and rhythmic ways.

And while that sounds like a fairly froufrou way of putting things, there is likely something far more basic and visceral going on here.  In fact, there’s a chance that this isn’t about music at all, but rather about our own ability to focus, and what it takes to get us to that competitive mindset.

This is simply about noise.

Ask any halfway learned and spiritual person, and you can get a very basic idea of what zen buddhism is all about.  (Not to mention that you are all currently reading this on some sort of device that can be used to research the subject if you don’t know what I’m talking about).  All that we need to know for this exercise is the belief that a mind focused on one particular thing, (that thing being nothing as far as the Buddhists are concerned), is far more powerful than the one that is multitasking 24/7.

Those looking to sharpen that skill will meditate, turning their minds into slippery little slopes in which all thoughts and distractions will slide right off, when you want them to.

In a great deal of meditative practices, noise is an issue.  A dog barking outside or a whistle in your nose could send your hard-fought state-of-mind tumbling back to the daycare bill, the dry cleaners, and what’s for dinner.

[And here comes the point, I promise.]

Some of us still need the noise, while others need to control the distracting intangibles to stay in our mindset.  Some of us operate in a place where the focus has to be sharper, while others ride a sort of vibe through our pursuit of golf greatness, allowing the game to punctuate the larger experience.

Some traditional artists are very creative with the negative space, while others create pieces that can only be fully appreciated in person, where the crusty, caked layers of paint and sweat and tears can be experienced in their nuanced, almost imperceivable, three-dimensional glory, in a room whose smell you will never forget.

The headphones are a tool in this regard, either creating a negative space by drowning out the more potent distractions of the world around us, or by filling an otherwise quiet world with rhythm and noise and emotion.

And maybe that’s why I don’t “get it”.  Maybe this is the universal knowledge that one needs for their PDGA rating to not look like the sort of score you would get on the SAT if you just put your name on the test and chose answer “C” the whole way though.