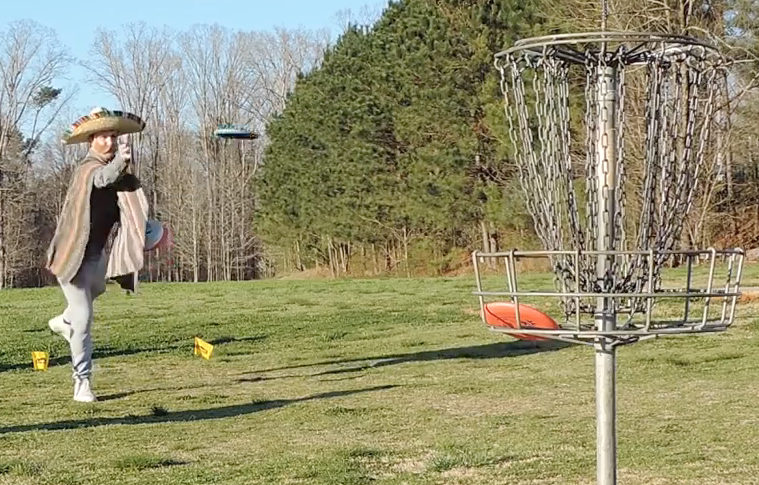 The folks over at Jesus Family Disc Golf just released their latest casual-contest footage; an amalgam of the ever-popular Hot Ones YouTube phenomenon and putting drills.

Let me just say, if you’re someone who gets upset over cultural appropriation on Halloween, this is the sort of video that will have you crafting a strongly worded email to your congressperson.

As you may have guessed, contestants will be competing for the privilege of not eating hot peppers by sinking more putts than their opponent.  As the distances increase, so do the capsicum levels.

Let me just say…Station #2 was a heartbreaker for our buddy Lee Johnson.