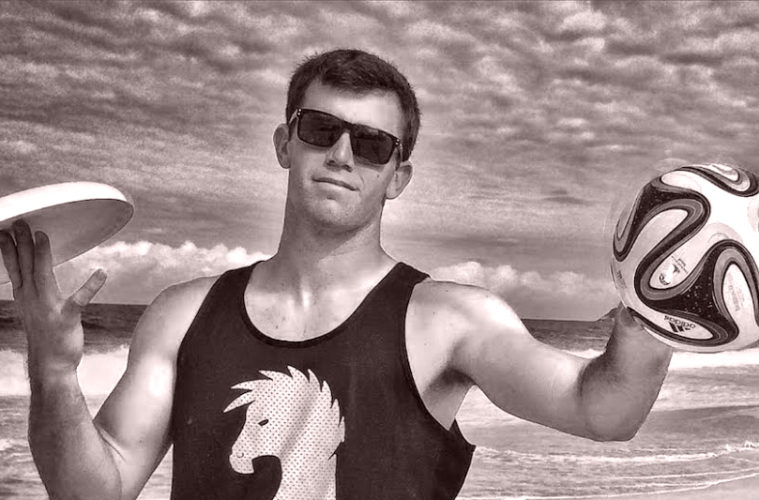 In Brodie Smith-Discraft Deal, Beware of the Tony Hawk Effect

After two previous attempts to tackle this article were trashed 10 and 12 hours after each was created, I think I finally have this thing hammered out.

The big news this week out of the pro tour was the signing of Brodie Smith to Discraft.  And, of course that’s where he landed. Discraft has gone on a two year tear, and they’re just going to keep scooping up the world’s best and most compelling disc golf personalities until Innova grows a spine and puts an end to it.  (We’ll get to that later this week).

Brodie is a veritable superstar on YouTube with 2 million subscribers and a personality that’s landed him all over within the mainstream media, both online and off.  As a former top ultimate frisbee player, his athleticism and familiarity with the physics of flight are poised to propel him into an accelerated learning curve too, making this a perfect storm of célébrité.

Smith plans on taking this new endeavor as seriously as he possibly can, as well.  This weeks‘ Smashboxx interview made it perfectly clear that this isn’t a side-gig for the YouTube sensation, and a series of disc golf vignettes would soon be manifesting in front of his enormous fanbase as he pushes his playing career forward.

In the mid-1990’s, someone at ESPN convinced someone higher up at ESPN that they should take a gamble on the emerging trend of “extreme sports”.  Thus were born the X Games – the conduit by which the corporate machine would mine the yet-untapped consumer bloc within the wide world of fringe sports.

And before Travis Pastrana was the Disney-owned ESPN’s “extreme” on-camera darling, there was Tony Hawk – who some of you may know as a character in a video game, others as one of the most maligned men in skateboarding for much of the still-young 21st century.

Hawk was, at the height of the X Games’ popularity, considered the squeaky-clean veteran of the scene.  He’d been competing since he was a child, and was just a genuinely nice guy.  Parents saw Tony Hawk speaking halfway eloquently on television and thought, “hey, skateboarding’s not so dangerous after all”.

Corporations recognized Hawk’s broad appeal and latched on, making him the most famous skateboarder the world has ever seen; forever etched in the American pop culture bedpost like a surf-bum Evel Knievel on plywood.

As Hawk’s star rose, so did skateboarding’s.  The sport was soon inundated with children, soccer moms, attention, and eyeballs that many of those who’d long pushed around town would rather not have to deal with.

There was a revolt against Tony Hawk among “purists” who saw his consolidation of power on the image of skateboarding as suffocating to the personal expression they felt while actually skating.

This is where Discraft needs to be careful.

Our culture as a whole has taken a turn to the odd over the course of the last few decades.  We root for the underdog now more than ever, likely because the internet has brought us a more accurate view of the world.

As it turns out, we are all an underdog to somebody.

Where the squares of 80’s would kick skateboarders off the stoop at City Hall, modern legislators are working to quantify the tourism-revenue-per-square-foot of skateparks around the nation.

We, all of us, want the counter culture to thrive.  It’s the color on the palette in an otherwise beige society.  So when Tony Hawk held the door to skateboarding open for the magnates of materialism to grab several seats at the table, he drew the ire of the entire community.  Soon, skateboarders wouldn’t be caught dead riding equipment made by Birdhouse, Tony’s company, or wearing clothes or shoes made by the companies who sponsored him.

That shit was for n00bs.

He became a punchline in skateboarding, and was for many years.  Only recently has an edgier Tony Hawk emerged to reconcile with the fringe sport that many believe he betrayed.

Brodie Smith is already the sort of conduit to corporatism that Tony Hawk became, and we’re dropping him into disc golf with the backing of inarguably the most motivated manufacturer of the last two years.

This could simply go nuclear.  Smith could feasibly land a Pepsi commercial.  There could be a Brodie Smith’s Pro Hyzer video game.

This could be the last year that we can roll up to the course and expect any semblance of peace and quiet.

If Brodie brings eyeballs to disc golf, the corporate money will follow, and all of the new golfers created by this exposure will gravitate directly in the direction of Discraft.

On the bright side, this will pump disc golf full of newly tapped consumers, each of whom could get hooked and buy $400 retail worth of plastic in a single year, (and remember that’s only about $30 in material costs to the manufacturer).

If this Brodie Smith gamble pays off, the shape of disc golf to come will be sculpted by Discraft, above all others.

When a beloved boutique manufacturer folds, someone will inevitably say it’s because Discraft had the sales team to push them out of stores.

When other large manufacturers have to scale back runs due to their eroding market share, someone will blame Discraft for the homogeny and scarcity.

When we start seeing unfair disc golf stereotypes appearing on television and in movies, we’ll know who raised our profile to that level of pop culture iconography.

But there was a revolt against Hawk, and it was also televised.

The corporate world recognized the blowback that Tony Hawk’s fame fomented in the skateboarding community, and began a search to find the yin to his yang.  They wanted a grimy, edgy personality that could shatter the skate pioneer’s family-friendly aura.

MTV soon struck gold with an antihero named Bam Margera, and promptly gave him carte blanche and beaucoup cash to further desecrate the still-fresh grave that skateboarding lay in.

Both he and Hawk raised the profile of skateboarding, albeit in diametrically opposed trajectories, neither of which have stood up to the test of time thanks to the influence of the corporate meddling that occurred.

If Discraft shoehorns Brodie Smith into the Tony Hawk role in our analogy, are we setting ourself up for a new arms race between Innova and the rest to find disc golf’s new bad boy, (or bad girl)?  And, if this antihero is a manufactured persona, easily recognizable to the cynical disc golf masses, what further damage will be done to the reputation of the sport as a whole?

We chant the mantra grow the sport nearly ad nauseam these days.  Reflexively, even.  It’s practically a salutation at this point.

But I’m not convinced that the big picture has come into focus yet.  What does “growing the sport” really look like from 30,000 feet?

This is the golden age of disc golf, and we are reaching a serious inflection point, worthy of some reflection.