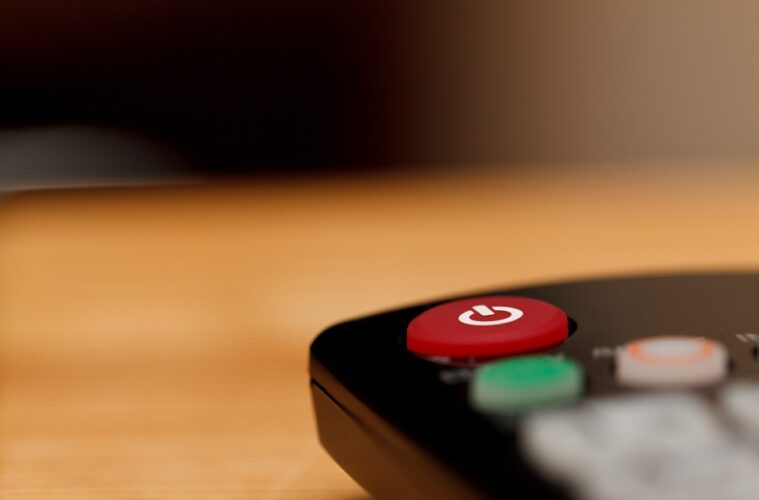 As the weekend dimmed, giving way to the loud, fluorescent glow of another workweek, disc golf Twitter was all aflutter, basking in the fact that the almighty ESPN2 threw us another bone.

Or perhaps the analogy should be more along the lines of a dog that’s been given a morsel of table scraps, and whose attention is now so fixated on this source of sustenance that they’d obediently eat a napkin if you tossed it to them with the right tone of voice.

Yes; it’s very nice to see disc golf on TV.  And yes; this particular instance of watching our beloved game on the big screen, (whatever that means anymore), did have one hell of a Cinderella story to tell.  But were some of us too excited by the taste of these table scraps to be truly aware of the inflection and trajectory of the broadcast?

If you happened to miss the programming, (which wouldn’t be surprising given that it was up against a bulk of the NFL schedule), it was a remix of the Disc Golf Pro Tour Championship, in which the ever-lovable Nathan Queen stunned the field, despite being picked to win in exactly zero percent of the online brackets.

That in itself is a testament to the blind fury of the disc golf industry and fans of the game in 2021, who perhaps should have considered Queen’s intimate knowledge of the intricate courses of Charlotte, North Carolina before simply checking the box next to Ricky or Paul or Chris.  Especially given that these online brackets have no real collateral or consequences and some frisky frisbee follower could have very easily bet on the dark horse, (forgive my use of the term), for shits and giggles.

[Ironically, every time I hear the term “dark horse” in relation to disc golf I either giggle or come down with an intense desire to participate in the other activity. But, I digress.]

Tuning in to the broadcast was like nothing we’d ever seen in disc golf, but was a part of a formula that has been prevalent and perfected in other media missives over the course of the last several decades.

The recap appeared to be lifting heavily from early Warren Miller ski films and the entire catalog of David Attenborough nature documentaries, adding not only post-produced “reactions” from Terry Miller and other familiar personalities, but also a voiceover actor and annoyingly-omnipresent musical dirges.

This sounds great.  We here at Frolfer Magazine have had intense conversations about what a Warren Miller-like disc golf documentary or tournament recap would look like, believing at the time that it could lend itself to all sorts of tertiary opportunities for the industry, following the longstanding cultural blueprints of skiing and skateboarding and snowboarding.

[If you’re already annoyed with where this is going, now would be a good time to bail out.]

Most of us found a way to cringe and bear it when we had to hear the post-produced play-by-play of “The Holy Shot”.  The moment was transformative to the sport as a whole, and there’s not a voice actor alive who could have made the commentary appear convincing having known what was about to happen.  That’s no knock on the disc golfers-turned-sportscasters who gave it their all.  It was just an impossible task and most of us were able to look past that knowing what it meant for out little slice of the athletic world.

But, and this is a big but, everyone knew that.  We’ve already been down this road, so filling the spaces in this broadcast with commentary that was not experienced live appeared to throw a wet blanket over some of its most impactful moments.  This was especially true in places where the stock background music was inexplicably crescendoing against the milquetoast “oohhs” and “aahhs” recorded on some Tuesday morning somewhere far away from the event.

Knowing how it felt when we saw Conrad’s World Championship miracle dampened by the late-recorded reactions, one would have hoped to see some cognizance on the part of the production team in this regard.

And perhaps this could have been salvaged with some absolutely killer professional voiceover work.  After all, this idea is fairly novel in disc golf still.

[To be fair, quality voiceover artists are incredibly expensive.  Don LaFontaine, (the “in a world” guy), was rumored to have an hourly rate of $1,500 with an 8-hour minimum for any job.]

Instead, we ended up with a combination of stock background music and professional voiceover that seemed to both be victims of the same B-class budget, where the purse strings were pulled equally in both directions instead of sacrificing one for the sake of the other.

This broadcast was, after all, an artistic endeavor.  And, by nature, artistic endeavors are more likely to be judged by the pinnacle of their production as opposed to their budgetary balance.

And then there is the issue of perspective, which appears to have been an afterthought for many of those gushing over the show on social media.

There was no denying that this broadcast was painted with broad strokes.  It was not only a muted nod to the hardcore disc golf community, but also a rather obvious bit of outreach to the larger contingent of channel-flippers who may have never even heard of our beloved game otherwise.

This sounds ideal, but the tone of the broadcast had a stench of patronizing observation to it as well, like a child staring into the tank at the aquarium and rattling off over-generalized comparisons to things they’ve seen somewhere else.

“That one has funny hair!”

“That one has a caddie!”

Disc golf was on display, sure, but what sort of tank did we find ourselves in, and would we have done it differently if our focus was on the game and not the industry supported by it?

These are the questions that disc golf will need to ask itself very earnestly in the coming years:  Are we trying to grow the sport or are we trying to grow the industry?  Do we continue to make excuses and allowances in our culture in order to get some time on television?  Are we neutering our character in pursuit of the sort of homogeny that the suits in the withering cable television industry can most easily regurgitate?

Are we salivating over steak-scented napkins when our own bowl still runneth over with kibble?