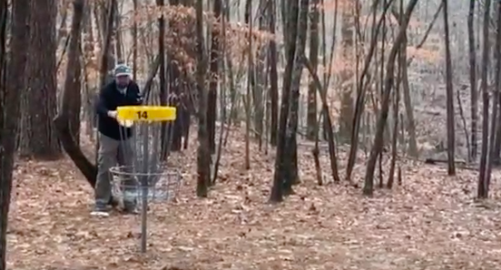 By now, many of us are frustrated with the Disc Golf Pro Tour’s monotheistic self-idolation, and would likely prefer Steve Dodge’s culture-grab to suffer something more akin to self-immolation….

There’s still plenty of great disc golf footage out there, even if the DGPT was too selfish to let known killers like Jomez Pro and Central Coast Disc Golf continue to do what they do better than anyone else in the game right now.

Featuring ol’ Davey Feldberg and a bunch of local pro’s and rippers, this scramble-style format has each team rotating their three-man team as though they were a single player with three throwing arms.